I've loved the simplicity of the 20 question-profile ever since the 1970s Dewars Scotch magazine ads, when an off-beat but possibly interesting person answers lighted-hearted questions.  Here's my take, starting with:

The word I say too much:  Pretty.  I found this out when our year old grandson's favorite word after visiting us is, "Pri-tay"

Prized possession: A carnelian necklace Jim gave me for my 27th birthday, one of my best.  He found it at an old shop at the edge of our village, Cheadle Hulme, in Cheshire.  It was our last summer in England, and our friend Kai was staying with us.  She'd introduced us at St. Louis University.  She was on her way home after visiting family and friends in Bergen, Norway.

My necklace has the patina of a more graceful time-circa Edwardian England, before the first World War.  The beads look hand cut, not like perfectly shaped modern semi-precious stones.  Kai cut a posy of roses from our garden to ring my birthday cake.  With sparkling wine, we toasted the day, our friendship, and life's goodness.   Shortly after our wedding, she emigrated to Banff, Alberta, Canada, then Toronto.  She lived in Winnipeg during our North Dakota years, which was where we last saw her, in 1980.

Recently read books: I CANNOT drive in northern Virginia without a book on tape, rather cd.  I'm listening to Letters from Skye, by Jessica Brockmole.  The audio director got two beguiling voices to read letters spanning many years between a Scottish woman living on Skye, a remote island in the Hebrides, and an all American mid-western college student.  These letters bespeak a sweet formality, and as you listen, it turns into a love affair, all through letters.  I realized after the first cd I'd stumbled upon a romance novel, which I've never listened to or read before, but if this is typical, maybe I've been too snobbish.

Non-fiction:  'Started reading Conservative Internationalism, Armed Diplomacy Under Jefferson, Polk, Truman & Reagan by Henry R. Nau because Jim and I went to a talk he gave Friday evening.  He modeled something Americans are losing, the exquisite art of debating a controversial subject.  Nau's  book is outside my normal, less intellectual fare, but he is an excellent writer, too.  I'm well into chapter two and not out of my depth-yet. 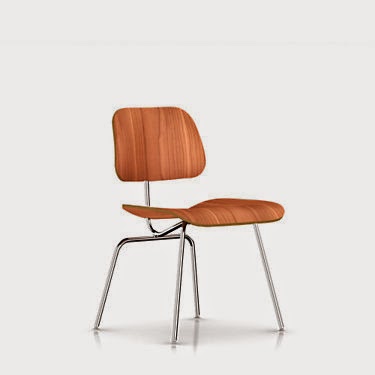 Favorite shop: Salvation Army Family Store in Manassas.  It's huge, and has a rapid turnover of donated stuff.  It's possibly the place the greatest variety of locals' shop, after Walmart (which I go to about once a year).  Best buy to date: a vintage early modern Eames chair for $10! 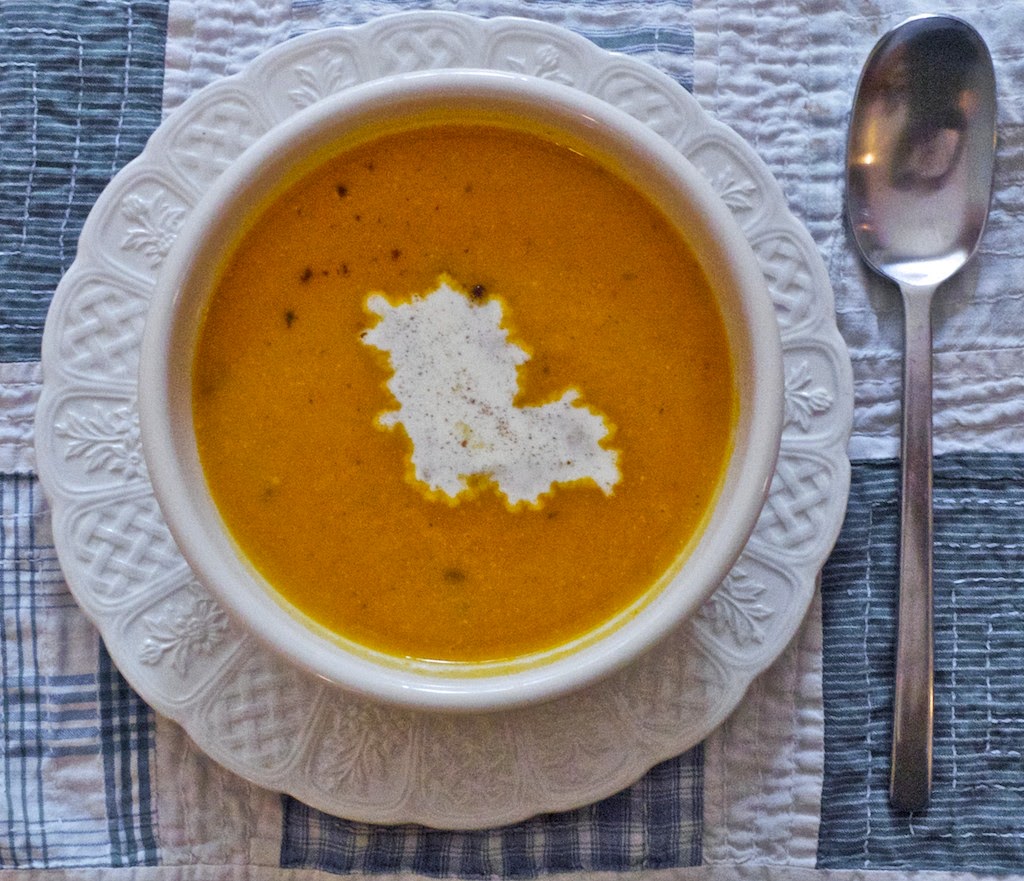 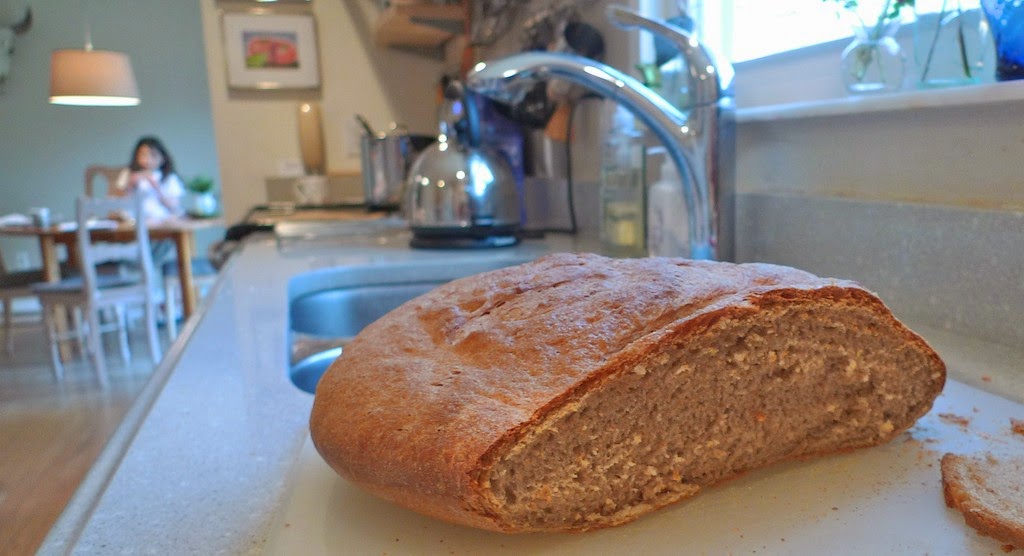 Favorite hotel: When driving across country I'm miserly about spending $$$ on hotels.  Instead of paying for tons of stuff I don't have time to use, I scout out clean, humble mom & pop places where you can park your car right outside the door! (AAA Auto Club road guides used to list these kind of places first, for this very convenience.)  It's a real upper when we find a good one.  Experience has taught to ask to see the room first.

Best to date: Fox River Motel, Seney, Michigan (Upper Peninsula) It's humble to the max but cleaner than some hospital rooms, a living example of the virtue of a good dose of obsessive compulsiveness.  When you open your door in the morning you step out to mom & pop's back yard, savoring their busy bird feeders, inhaling squeaky clean air, all a stone's throw from the Seney National Wildlife Refuge.

Destination hotel/motels are a different story. Almost any of the Itasca State Park Cabins with screened porches are sublime.  Bayfront Inn in Bayfield, Wisconsin for the waterfront view, or Bayfield Inn for an elegant room near the water. Each of their rooms has great historic photos of  Bayfield, and for breakfast, their dining room has a wall of windows  for a superb Lake Superior view. 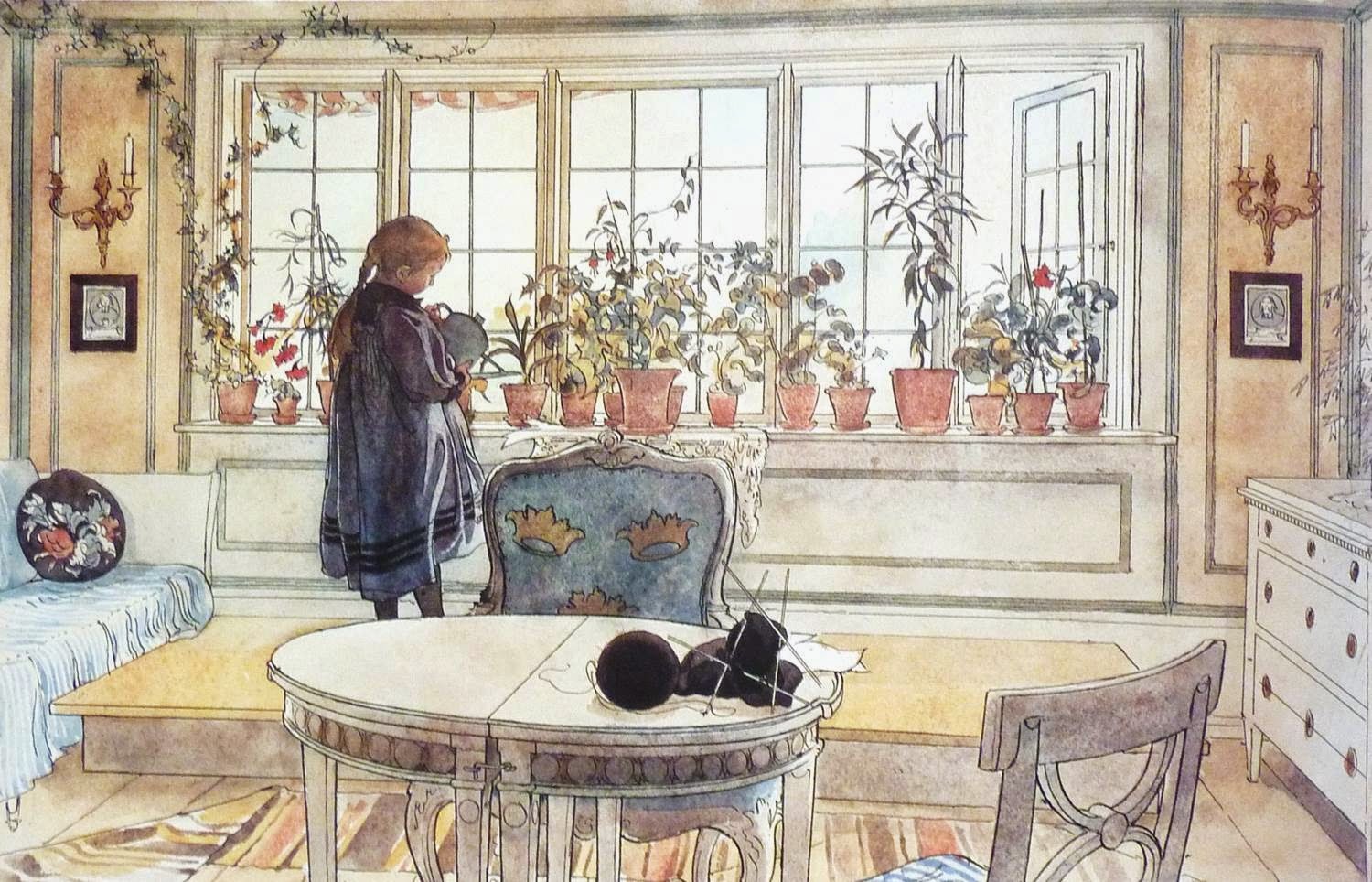 If I could afford any artist's work, I'd buy:   A Carl Larsson pen and watercolor of his early 20th century Swedish home.

Favorite music: The most beautiful secular song I've ever heard is Bailero by Catalonian soprano Victoria de Los Angeles.  It's a tragic, mournful song about lovers separated by a river. Also the theme lament for the drama, "Gunpowder, Treason and Plot," sung by Grigore Lese.  'Love Irish folk music, too, and the insouciant flip side of de Los Angeles' elegance, Gracie Fields English music hall, Biggest Aspidistra in the World.  For a peak at a working class music hall: Walter, Walter, Lead me to the Altar, also by Gracie Fields.

My husbands father was born in 1914.  His mother, 1919.  Their formative years were halfway pre-radio and all the way pre-TV.  For community entertainment, they went to fairs, circuses and music hall variety shows.  Their young adult years were spent fighting World War II.  English music hall performers entertained the troops, taking risks to keep morale high, those risks was rewarded with loyalty, for long after the war they were still favored entertainers. Gracie Fields was one of those entertainers.  She was from Lancashire, Jim's dad's birthplace.  When we moved to England, we lived with Jim's parents for six months, before we bought our house.  It was impossible NOT to hear music hall songs in that house. They were either very sentimental or humorous, zany tunes.  The more off-key, the more authentic they sounded, a real plus for me.

Magazines: My favorite: Selvedge.  It's devoted to all things artistic and innovative about fabric.  A close second, Sweet Paul, an international take on simple living.  Honorable mention: Montana Outdoors  (which just raised it's annual subscription for the first time in about 15 years!  From $9 to $12). And Minnesota Conservation Volunteer Magazine.

TV: I watch Masterpiece Theatre and Masterpiece Mystery.  Nothing else on TV. We subscribe to Netflix & Acorn TV, for English, German, Swedish and Danish films/tv dramas.

Most recent purchase: The third book by Swedish mystery writer, Hakan Nesser, a quality paperback for $1.05 at Salvation Army.  I have an inordinate fondness for mysteries.

Favorite coffee: Big Waters Coffee Roasters, in Bayfield, Wisconsin, by Lake Superior.  It's the coolest little coffee cafe, where the barista routinely does latte foam art.  I even have their freshly roasted coffee beans mailed to me.  So long, Starbucks! 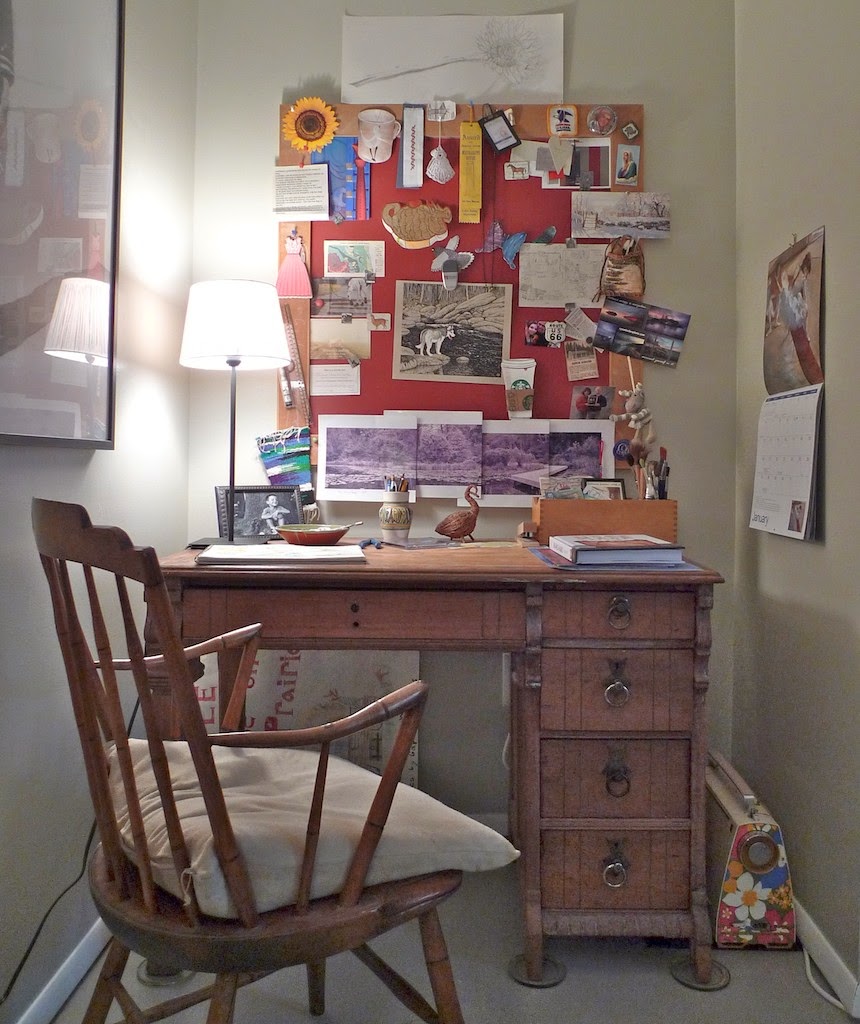 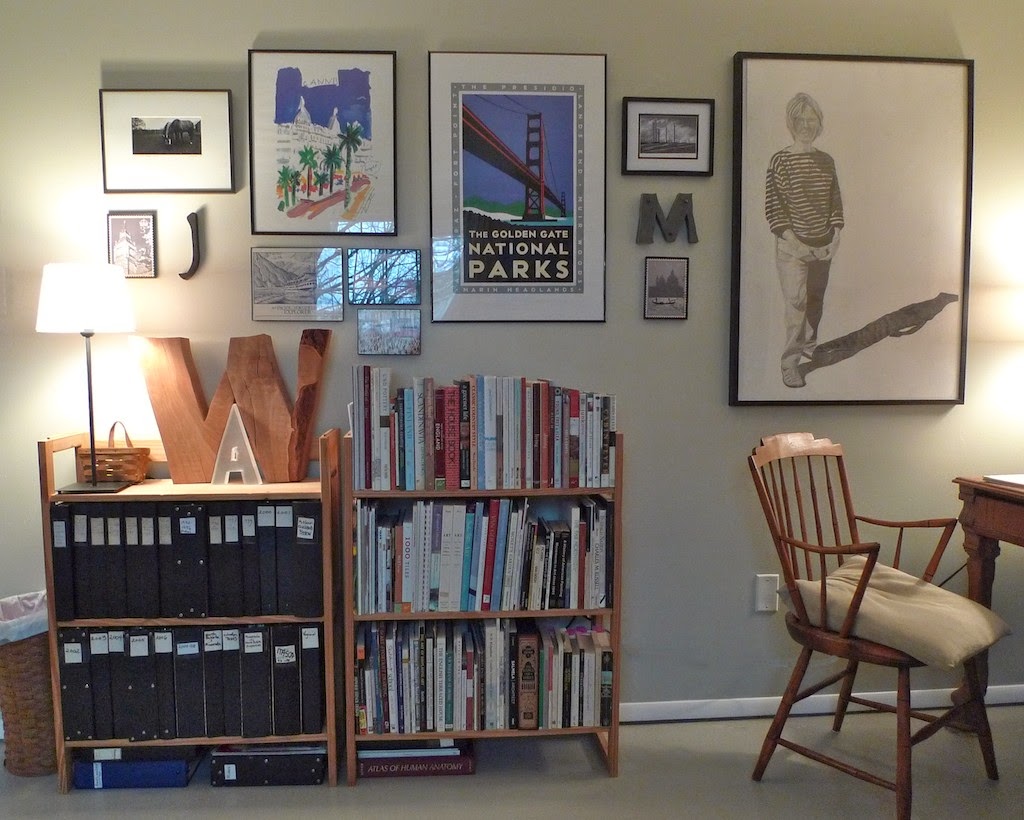 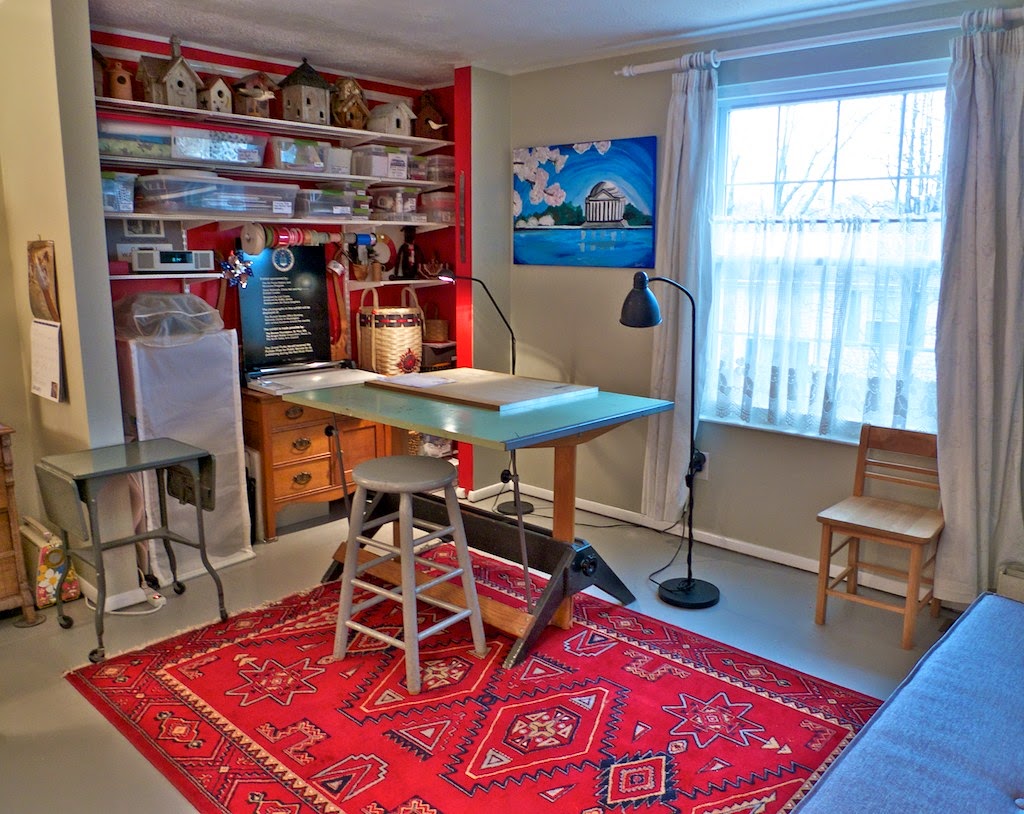 Surprise project this past year: Enjoying the empty nest conversion of our daughter's bedroom into a studio/craft room. 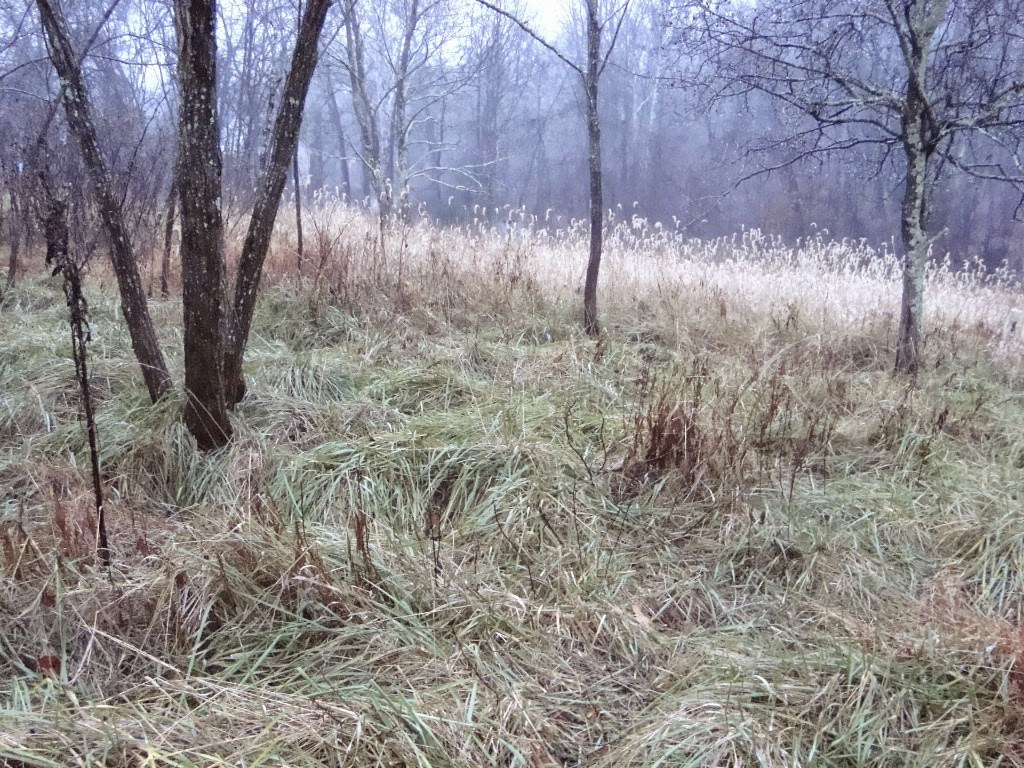 What I like about where I live: I pretty much like winters in northern Virginia.  There's a lot of temperature variety such as 50 degrees F one day, 20 degrees F the next.  None of this below zero for the duration.

What I don't like about where I live:  There are too many people, so everything is expensive.  The summers are torpid, except this year, usually about two months shy of Galveston's killers. And there's a monochromatic quality to the housing and thinking.
Where I'd like to visit:  I'd love to visit Alaska, not just coastal Alaska, but Denali National Park.  Also I'd really like to see Scandinavia, for I'm a big fan of nordic design-housing, fabrics, household products, the works.  Even some of the mystery writers.