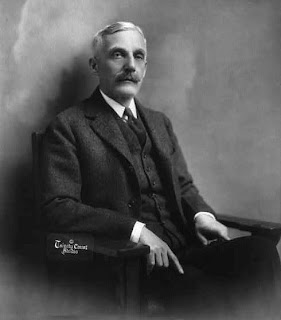 Four p.m. February 1, 1999 I was driving east in northern Virginia,  50 miles west of Washington DC.  I’d just had a meeting at the remote FEMA compound on The Mountain, near the West Virginia border.

While driving through the wintery foothills of the Blue Ridge, the radio announcer interrupted programming, “Paul Mellon, one of America’s wealthiest men--philanthropist, art collector, thoroughbred horse breeder and son of Andrew Mellon--has died at his farm  in Upperville, Virginia.  He was 91.”  I'd never heard of him.

As if scripted, there I was, driving through Upperville, past the stone Anglican church, 17th century pub, dry stone walls framing meadows well-stocked with fine horseflesh, clad in Tartan blankets.

Andrew Mellon was born in Pittsburgh in 1855, educated at Western University of Pennsylvania, his father was a successful investment banker, from County Tyrone, Ireland.  With his father, brother, plus longtime business partner Henry Clay Frick, Andrew built one of the most powerful industrial empires of 20th century America. Their empire included the Aluminum Company of America, Bethlehem Steel, early investment in Spindletop (the Texas oil gusher that opened up the Gulf Coast oil industry) railways, construction, banking, and insurance.

He was a financial genius, and from written accounts by his children and others, an emotional cripple.  His sensitive son Paul said his father was a lot like Soames Forsyte, the frigid art collecting banker of John Galsworthy’s Man of Property, first book of The Forsyte Saga.

This cautious industrialist’s one spontaneous act in life was his choice of mates in 1900, at age 43.  He asked Nora McMullen to be his wife.  She was 19.  Their union was disastrous, ending in divorce in 1910.  they had two children, Ailsa and Paul. 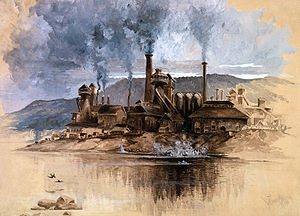 He took his bride from her home in Hertfordshire, England, to live in sooty Pittsburgh.  Upon disembarking from the train she said, “We don’t get off here?  You don’t live here?”  The marriage was an oil and water affair, his family unemotional, cold, introverted; hers outgoing, affectionate, vibrant.

When his personal life was at it’s most wan he turned to art collecting, around 1904.  Unlike most dilettantes  he had a personal fortune coupled with astonishing  business acumen.  He amassed one the finest private art collections in the world. By the early 1920s he shared with friends his intent to establish a national gallery.

Mellon reduced the deficit to $4 billion by 1922.  He stayed on at Treasury for Presidents Coolidge and Hoover.  Under his stewardship by 1928 unemployment was down to 1.6%, the lowest ever recorded, and the economy booming.

Black Tuesday-October 29, 1929-changed everything, including Andrew Mellon’s standing in America.  The Roaring Twenties gave way to the seeming collapse of the American financial system, coupled with a severe drought and horribly damaging farming practices on the Great Plains.  Free-wheeling capitalism was out, government salvation in.

Mellon did not endear himself to his fellows when he sanguinely commented that the Depression was a “mere 15 minutes in the history of the United States.”  Cold comfort for goodly chunks of whole states’ population who’d lost farms, income, even a guarantee of the next meal.

When son Paul attended Cambridge University in England in the early 1930s, Mellon left Treasury and was appointed Ambassador to England.  We’ll never know if the Great Depression would have been less disastrous had Mellon stayed on as Franklin Roosevelt’s  Secretary of Treasury.  Instead, Mellon spent the last 3 1/2 years of his life defending himself against tax evasion charges brought by FDR’s Justice Department.

The pinnacle of Mellon’s art collecting was his 1930-31 purchase from the the USSR of some of the greatest masterpieces of European art.  The Russian government was in dire economic straights, justifying the sale of a chunk of the tzars’ art collection from the State Hermitage Museum.  They’d little need for Western art while trying to industrialize the communist state.  Although a year later, when news came out of what a great deal Andrew Mellon got, Stalin put the breaks on any more sales of Hermitage art. 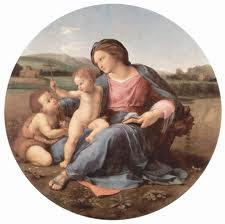 The Alba Madonna by Raphael was regarded by noted a British art connoisseur as finer than any works then extant in all of Great Britain.  Mellon paid over $1 million for it, the largest sum paid to date for a painting.  He also purchased half of the Hermitage’s 50 greatest paintings, for close to $7 million.

In 1936, in the midst of his trial, Mellon sent FDR a request:  ‘Would President Roosevelt approve the donation of his art collection to the USA, including a suitable building on the Mall to house the collection?’

Roosevelt accepted, “...I was completely taken by surprise but was delighted by your very wonderful offer to the people of the United States.  This was especially so because for many years I have felt the need of a national gallery of art...”

I suspect the most joyous part of Mellon’s last year of life was spent working with architect John Russell Pope, on the design for the museum.  They decided sandstone would not do. The final design was a sleek neo-classical structure of Tennessee marble.  It cost $10 million, an additional $2 million for the marble alone.

Pope had worked with Mellon before.  He designed the National Archives in the Federal Triangle, built in the late 1920s, under Mellon’s direction.  The project included the creation of a federal building complex, and Constitution Avenue.  It was during this period that Mellon became smitten with the spot where the National Gallery of Art would be built,  Constitution and 4th St. NW.


In The Forgotten Man Amity Shlaes describes the philosophy behind Mellon’s gift.  “He was not trying to bribe the government, or even placate it.  He was trying to outclass it.  For years he had tried to show, through business, that the private sector could give to the people, just as government could, and sometimes more.”

Andrew Mellon died August 27, 1937.  He was 82 and did not live to see the completion of the museum.  You’d be hard pressed to find his name there.  I’ve lived near Washington DC for the past 17 years and found the story of his gift while researching the Great Depression.  Also of note:  his collection is not all together, but organized by period and style, mixed in with donations and purchases since it’s inception, further blurring his stamp.

In our age of self-promotion and aggrandizement its stunning to glimpse a time when the opposite was the norm.  Andrew Mellon was shy, reputed to be miserly and cold in temperament.  Yet he gave, quite possibly, one of the most generous gifts to a nation anyone has ever bequeathed, while the government of that nation was waging war against his life's work.  He gave us the past as well as a place to share our future, in that universal language that reaches out to the troubled and untroubled alike: art.

December 1937, three months after his death, Andrew Mellon was found not guilty of defrauding the United States of tax revenue.

-The Forgotten Man by Amity Shlaes 2007